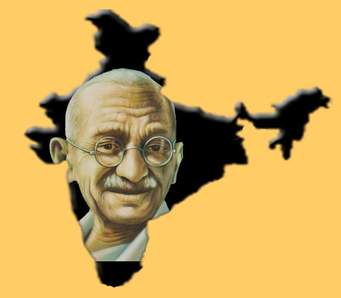 Mahatma Gandhi, the father of our nation, our Bapu whose thoughts and persistencey were so compelling and compounding that it became completely impossible for the British government to sustain any more in India and today we are witnessing the 150th anniversary of one of the greatest freedom fighters.

Gandhiji, the more I read about him the more I get fascinated about his perception towards life, people and the country. His life was a prefect example of discipline and consistency and how the blend of all this makes a person not only successful but a disciplined human.

In India, we have 50 roads named after him and if we talk about abroad, 48 roads are being named after him and it doesn’t just ends here. Today, along with our nation, 80 countries are celebrating his anniversary along with Uzebekiztan releasing a stamp in honour of him. What a respect and glory he has across the world, even today!

Bapu, he had set us free! The biggest thing that any citizen can desire, a free life; and now, since Gandhi has given us the freedom and the biggest right i.e. the right to choose, I would like to use his principles and help our citizens to attain another type of freedom, i.e. the Financial Freedom.

Financial freedom doesn’t means retirement from work but it is your right to choose what you want to do in your life without being perturbed by the tension of finance.

As India gave the messiah of peace to the world, so is our MF industry innovated the SIP. The instrument has become really popular tool of investment between the Indian masses. If we follow these two principles of Gandhiji i.e. discipline and consistency, SIP can very well help us in achieving our goal of financial freedom in a very simple and an easy manner, provided we should not be disturbed by hickups and noises of TV channels and the so called “market experts”. One interesting thing is that Gandhiji lost his first court case as a lawyer but in the end he was the real winner. Similarly, in the initial phase SIPs do not look attractive or might show negative returns at times but over a longer run it can really make you enjoy the riches of your wealth.

SIP, with a very small and regular investment can create massive wealth with the use of power of compounding tool which can help us in achieving the financial freedom and thus we can easily work towards our passion much more enthusiastically and can contribute a lot towards the society too, as our financial health is being then taken care of!

Einstein, who once said, “He cannot believe that we can have a person like Gandhi on earth”, has also said that compounding as the 8th wonder of world. So, I can proudly say that SIP as a new Gandhi can really take us out of this poverty and rat race.