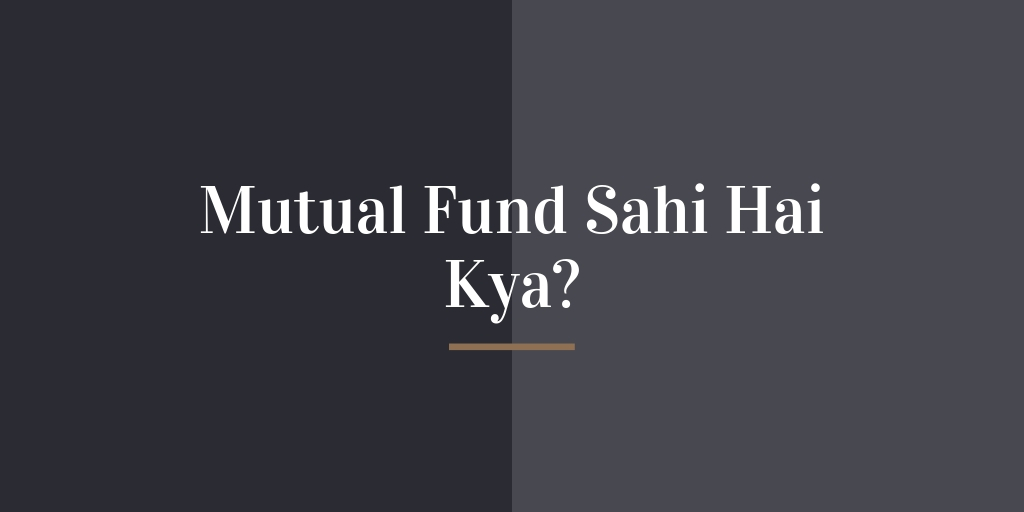 It has almost been two years since one of the most successful campaigns of all time started “Mutual Fund Sahi Hai”. The type of inroads that mutual fund has made is almost like a dream run, the biggest beneficiary being Systematic Investment plans or more popularly known as SIPs that are almost touching 8000 crores of incremental money per month.

Mutual fund flows have been one of the biggest reason why the Indian Stock markets survived any meaningful fall despite having global headwinds like increasing interest rates by fed, US-China trade deadlock etc.

Excited by the prospects and potential of mutual funds, the government decided to bring back the long term capital gain tax during the last year’s budget. Since then, it has been a roller coaster ride for the MF industry. Even the biggest disservice has been done by the regulator SEBI in the name of expense reduction. The governing body has almost left the retail clients orphan where no advisor is willing to serve them and are now becoming pray in the hands of online players like PayTM money etc.

Let’s see the chronology of events that have happened and their respective impacts:

There is not even an iota of doubt in my mind that Mutual Fund will grow over the longer term but a big disruption has already at the door which will change the way this industry was being run since last six decades.

In the series of articles to follow, I will explain how badly the manpower which includes employees and agents will take a hit.