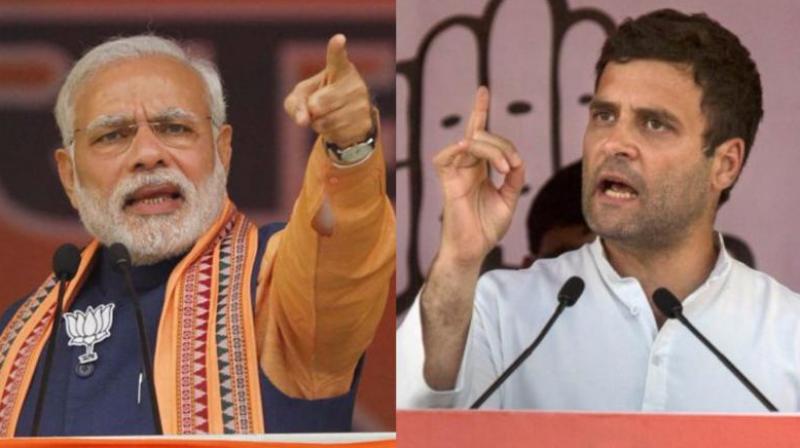 The Wikipedia meaning of Chowkidar is a person who guards a house and as per the latest trend on Twitter, various hashtags using chowkidar, like #MainBhiChowkidar, #ChowkidarChorHai etc. are now trending globally. Let’s have a quick glance on what all is happening in this biggest democracy which is making waves on the social media.

This all began when the Congress president Rahul Gandhi threw a barb on PM Modi during the rafale scam allegation where he called chowkidar hi chor hai i.e. he taunted that the PM is responsible for rafale scam. Initially, it was ignored by BJP but as this started to make inroads on the social platforms it gave some uneasiness within the ruling party, but then happened the Pulwama terror attack. The immediate retaliation by India in the form of air strikes at Balakot, changed the mood of the nation completely which in turn gave PM Modi a great opportunity to convert the adversity into a success. If we remember the “Chaiwala” comment by Congress leader Mani Shankar Aiyyar during run-up to the 2014 elections lead to one of the most successful marketing campaign “Chai per charcha”. Similarly, this time too, Modi and BJP is taking the bull by the horn by converting this chowkidar jibe into one of the key themes for 2019. As I write this article PM Modi is supposed to address 25 lac chowkidars for the upcoming election campaign.

Let us try to dissect this Chai per charcha and Main bhi chowkidar campaign as to why these type of campaigns touch the heart of the Indian voters. Basically, if we see in 2014 Modi was the challenger and he then presented himself as an underdog. This time also the PM has made it sure that despite in power he is the victim of rich class, especially so-called Lutyens Delhi. What we all have observed time and again is that, that the voters love the underdogs and in the fight of David and Goliath, David wins. So, the mantra for politicians is to touch this emotional string of the voters and win the elections by projecting themselves as victims and gaining sympathy of the voters.

So, in this competition of Chowkidar Vs Chowkidar campaigns, it seems Modi as the Chowkidar is winning the race with quite a margin. Congress and Mahagathbandhan need to change their strategy and are in emergent need to come out with the issues pertinent to Indian voters rather than the only issue of throwing Modi out without any strong reasoning.

Such elections in the biggest democracy brings the best of the marketing strategies by different political parties and give people like me a great chance to learn from them.