Banks plus NBFC’s= Growth Plus Sustainability 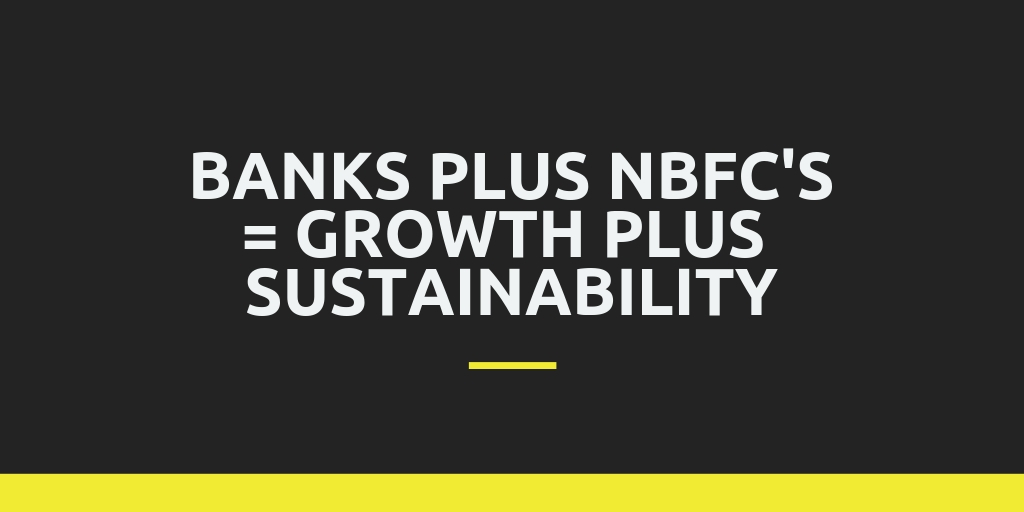 After Capital first’s merger with IDFC, there was a buzz in the market that NBFC’s and banks are in talks of mergers. News of Indiabulls housing finance and Lakshmi Vilas Bank has confirmed these hyperactivities in the banking and finance space.

Let us first try to understand the reason behind both banks and NBFCs getting interested into amalgamation, as we have seen because of NPAs in infrastructure space, banks are struggling with the capital, without capital neither they can give loans nor they can expand. Whereas NBFCs post IL&FS default finding difficult to raise money and despite RBIs intervention, the rates at which these companies are raising money is exorbitant and not sustainable.

What mergers between banks and NBFC’s can do is to create a win-win situation for both the entities, having NBFC’s on its side banks will get capital to expand the business and NBFC’s will get a low-cost money raising platform to fund their retail expansion strategy, mergers can really create a growth-oriented sustainable entity and creating value for shareholders of both the entities.

Before rejoicing, we should keep in mind most of these NBFC’s had earlier applied for banking licences and were not given licenses, the major reason being conservative nature of RBI and their scepticism towards conglomerates, and this time its also not going to be a cakewalk for them to get the approval of this amalgamation.